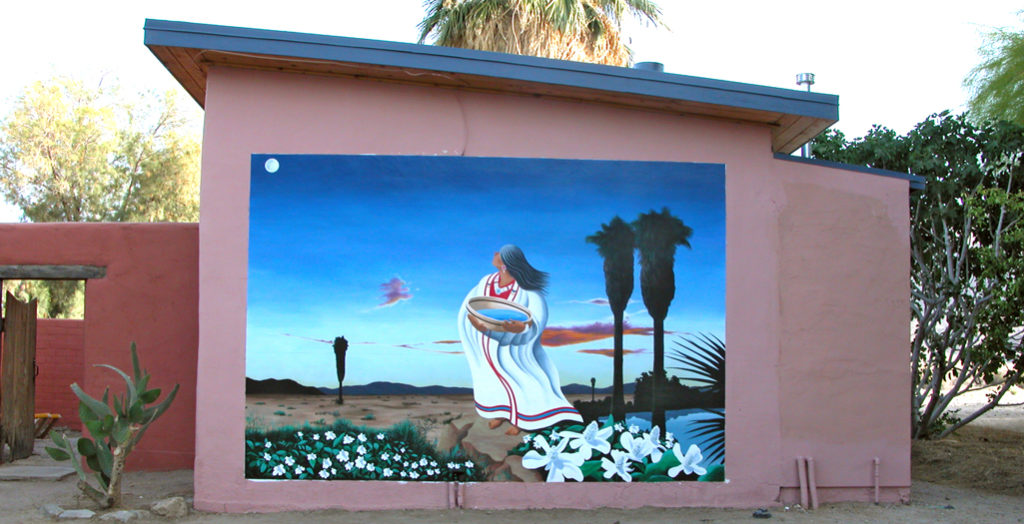 The Oasis of Mara has been the site of life-giving water for desert animals and humans for thousands of years. Once a series of springs stretching for nearly a mile across the southern portion of Twentynine Palms, from what is now the Joshua Tree National Park Oasis Visitor Center to the 29 Palms Inn and beyond, the last remaining pond is still a landmark at the historic Inn. This mural portrays the oasis as it might have appeared in its early days, with a Native American woman looking to the sky and holding a bowl of the pond’s valuable water, thanking the spirits for her treasure. The mural was commissioned by Inn owners Paul and Jane Smith in partnership with Action 29 Palms.